paintings all over the islands...the honu is one of the predominant symbols 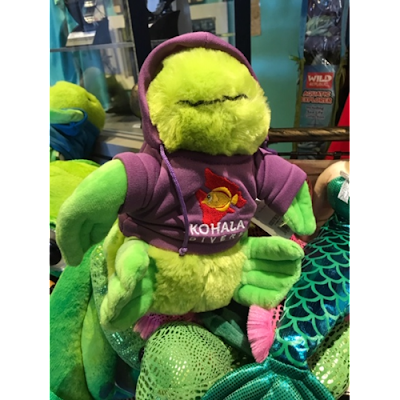 most common turtle you will see when you visit us in Hawaii. They have

Sea turtles are protected by law and so, remember to not harass or bother

any turtles that you are lucky enough to observe, either in the water or on 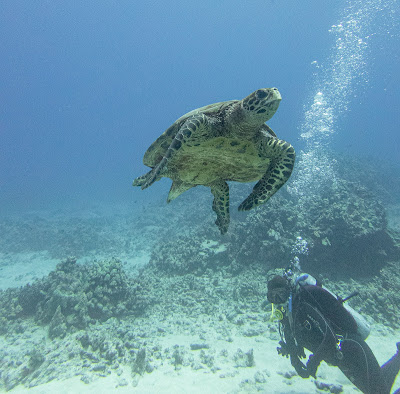 so, you will often see several turtles sunning themselves along the

can often find them resting underwater, on ledges or in caves. While they

are reptiles and need to breathe air just like us, they can “sleep”

underwater for up to 2 hours without surfacing! If you do spook one by

accident, you’ll see them shoot away at up to 20mph! 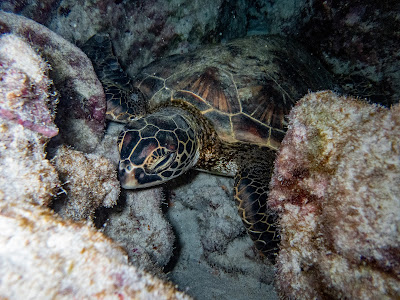 Hawaiian islands, away from the main centers of population. As with other

types of marine turtles, the females will come onto land to lay their eggs (up

darkness. About 2 months later, the juveniles will dig their way out & make

their way to the sea, living primarily (as omnivores) on jellyfish for the first

few years of their lives.

greenish hue, these turtles actually get their name from the green color of

their fat. While we are still learning much about the honu lifecycle, it’s

Threats to these turtles include their natural predators tiger sharks but, they

secluded beaches for nesting (due to coastal development) and ingestion

appear like food to a hungry young honu, scouring the open ocean for

jellyfish). Our oceans are also full of fishing gear, a major risk to turtles who

can drown in nets. Some honu are suffering from a herpes type disease

(fibropapillomatosis) which causes tumors to grow on their bodies.

something to do with the overall degradation of their marine habitat. 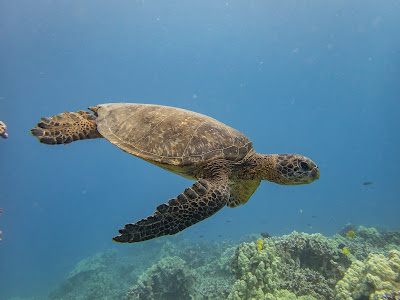 The honu of the Big Island look forward to making your acquaintance!

Book a snorkel or dive trip with Kohala Divers to go to areas where Hawaiian Green Sea turtles are often encountered! Book Now!

Posted by Kohala Divers at 2:23 PM No comments: